..ever wondered about that all-maps crazy good chinese players with the mysterious postfix _wk attached to their names? Most of them even occur to be members of ORA as well - hint: ORA originally was a more asian based clan in the 2000s. However, _wk is halfway an own clan, cause some members aren't ORAs, but _wks and the "clan" has its own long lasting history in RA.

The name is kind of a chinese abbreviation wik/vik for bolshewik lolol.  No, i am not kidding. Considering that even nowadays China sees itself as a mix of kapitalo-communism and RA1 truly is a battle Allies versus Sowjets/Bolsheviks - we don't need a McCarthy-alike suspicion to feel the philosophy behind :).

If ya want to take a deeper look into the WK_mindset: Watch their own RedAlert-Homepage with lots of discussions, tricks and strategies: 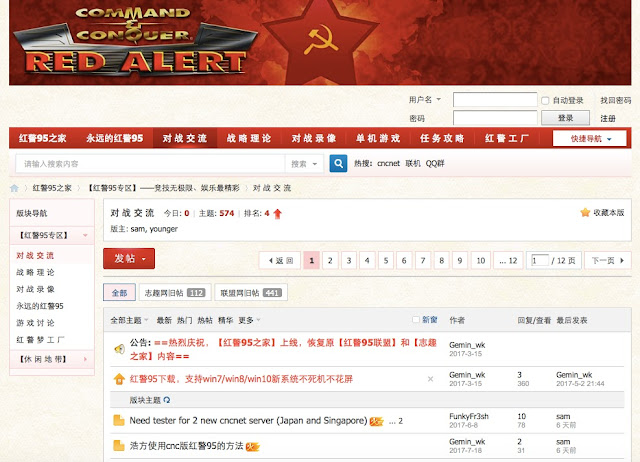