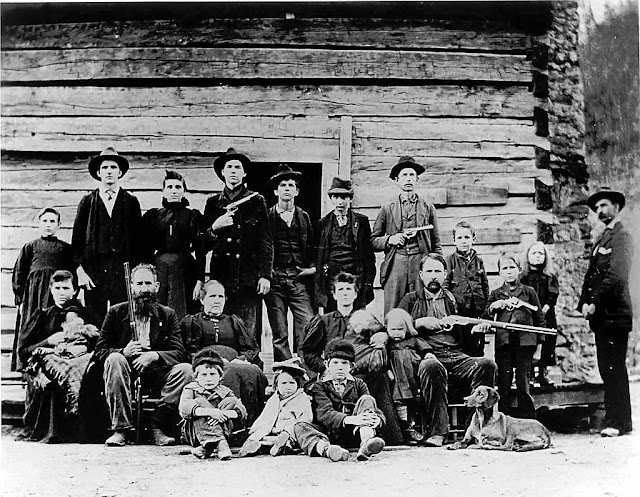 Mindset:
"cousin is about friends getting together to play red alert. it started originally as a bit of a joke when
cousinsucky, cousinbilly, and cousintank created portraits of hillbillies playing red alert.
from there it took off. many friends have been in cousin over the years, and it can boast some of the better RA players have at one time or another been in cousin." / cousintank

cousin has, besides MAN and ORA, one of the longest lasting legacies of all RA-clans.
founded on two rivalling attitudes: a fun-trolling and a get-better-and-share attitude
– cousin is a true garant to never get boring.

the fun-character is vital in every cousin day by day; for the sharing-character, ehy may be the highlighted example from the past. nowadays, cousin-legacy continues in contributing both ways: constructive with guides and joystructive in gaming.

Cousinhood:
„requirements are clan nominations, be good player,
You will be seen ..., be original, get respect for others,
don't try to draw attention.“ / cousintank

since the leading cousin is chasin´ some alligators down the lower mississipi,
a way to get new cousins into the family had to be found.  being part of a family means:
to step up for the work to get it done.
A  recent letter telegram by tank affirmed
the republic of cousins ---
so, clan nomination now means :
a family-council amongst the active players.