Hybrid building is a mixture of building and tanking. It combines the strengths of both skills and is therefore one of the best techniques specially on maps like p4, v3 rashowdown, ribbon etc.

I recommand you to practice doing this in 2v2 games instead in 1v1 as it's a lot harder to do it
in 1v1 if the opponent is pro. I've done this build successfully in 1v1 against well known pros and if you do it right it will work for you too.

Before showing the steps for Hybrid building i wanna point out some things that are very important in order for this technique to work best.

A) Its very important that you keep the enemy busy while doing this build because it will give you time to make your cy's and teslas.

B) Money management. With this build you don't do an ore truck at start so you need to manage your money really well to make sure you don't get broke. it will kill the effectivness of this strategy.

C) Time management. In this tutorial i'll give you the steps for this build but you need to tweak it and it depends on the situation how the enemy reacts to your technique and his game style.

D) Agressive/Passive/Agressive (APA). You're probably wondering what the hell this is. In my experience this tequnique is very effective for this build. You start out by being very agressive (rushing tanks) then you switch to defensive mode (enemy will counter attack) and after it back to agressive (after successful defense you crush him).

1) Drive your cy and deploy it at the wall like in the picture.

2) Do this building order : a) Small power - b) barracks - c) Ore refinery - d) War factory - (Just before 2nd War factory is ready sell barracks and put the infantry like in the picture there they will serve as defense when you get countered.  e) War factory (make tanks) f) Service depot 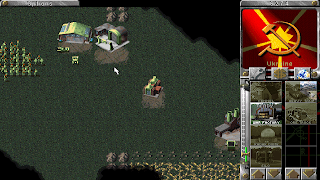 3) By the time you have sold your service depot you should have like 5 or 6 Tanks. Now you're gonna use those tanks to rush the enemy and try to take his cy or ore refinery out. (This is Agressive part) If you're newbie i recommand you learn using bookmarks and skip the rush part and instead focus on this build alone. For the more advanced players you're going to rush the enemy and at the same time do step 4 below (Switching between rushing and deploying CY'S and making teslas). 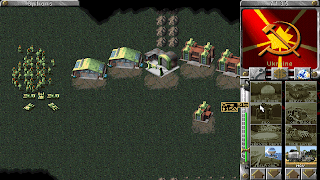 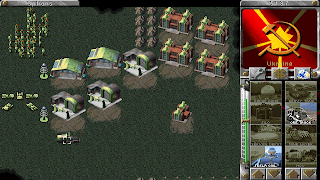 4) As you see in the above picture after building the service depot, you sell it. next you do two big powers and start doing 2 teslas. ( This is the Passive part, after the enemy got rushed he's coming to counter attack you). But your teslas and infantry are going to stop his tanks). Once you have  built 4 cy's you do one ore truck. its important to do the truck cuz if you get broke the build is gonna fail.


5) do more powers and teslas if you need to. but once the enemy's counter have failed you will do more war factories and tanks to attack him and finish the game. in the picture below i made 3 more war factories and after it the 2nd ore refinery. Now your money is good and you can do 6th and 7th war factory to build tanks at maximum speed. This is the Agressive part again, you will attack the enemy with your tanks and expand to his base with Advanced powers to crawl in with teslas and Tanks. 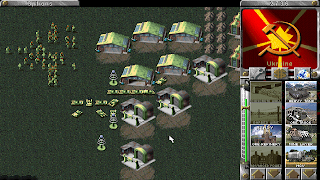 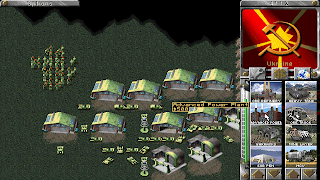